loading...
Sport
“Trans people are a threat to children’s sport” claims man who decked child in non contact sport
1st of your 1,000,000 free articles this month 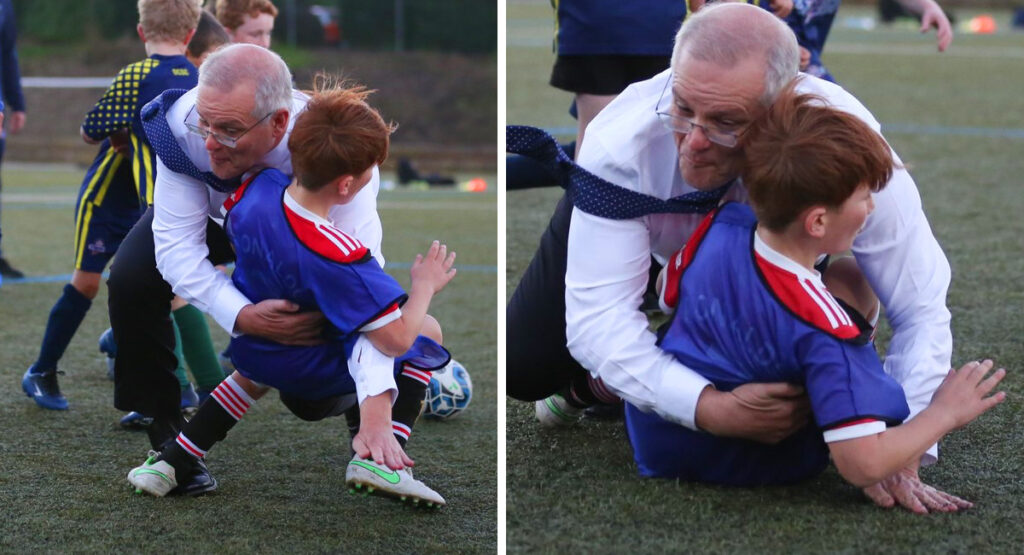 Prime Minister Scott Morrison has taken a break from fear mongering that trans people pose a threat to children’s sport by crash tackling a small child during a game of soccer.

“This is simply an issue of keeping the children safe when on the sporting field,” said Morrison after being red carded in a game against kids. “I bet that as soon as the kid gets out of the medical tent he will be glad that I stopped his trans friend from playing with him.”

Warringah candidate Katherine Deves responded to the tackle by saying, “I’m glad to see children’s sport safe from the threat of trans kids. Just a child safely being slammed to the ground by an adult of the same biological gender. Imagine if the kid was tackled by a trans boy his age!”

Asked why he tackled a child, Morrison brushed it off, explaining “You know I can be a bulldozer when it comes to these things.”